"Soprano Fiona Gillespie’s vocals combine youthful sheen and mature sentiments. She’s a spirited reveler in Beethoven’s “Come Draw We Round a Cheerful Ring” and a world-weary narrator in Haydn’s tale of intimidating courtship, “My Boy Tammy.” Gillespie’s clear diction and Celtic accent add to the authenticity and poise of the music. She also tosses off well-executed trills and melismas in Beethoven’s “Sunset” and a moving upper register in Weber’s harmonically vibrant “The Soothing Shade of Gloaming.”
-Early Music America

"Soprano Fiona Gillespie adopts a non-classical style of vocal production... [her] tonal
quality is consistently beautiful and haunting, her intonation is spot on, and her Scottish-inflected
diction crystal-clear, and she sings with great feeling throughout".
- Fanfare Magazine
​

Fiona is a folk and Classically-trained singer, songwriter, composer, and music educator living in Philadelphia. Raised in a family of traditional Celtic musicians Fiona grew up step dancing, singing ballads, and playing the Irish whistle, on which she competed nationally and internationally until 2006. She holds degrees in voice performance from Westminster Choir College (BM) and the University of North Texas (MM).

Fiona's debut, full-length compositional recording with collaborator Elliot Cole releases with a premier performance in New York City on October 31, 2021, hosted by Five Boroughs Music Festival. The half-hour "folk-rock" cantata, scored for voices and 12-piece band of historical, modern, and electronic instruments, recreates the ancient Scottish ballad of Tam Lin.  Her album of Scottish folk songs arranged by composers of the Viennese School, "Wisps in the Dell", with members of Baroque band ACRONYM, under the name Makaris, released in 2019. As a soprano, Fiona's recent and upcoming engagements include The Queen's Baroque Ensemble Paris, Mountainside Baroque, The Academy of Sacred Drama, Screen Door Festival, Catskills Music Foundation, The Bach Choir of Bethlehem, Fire and Grace, ALKEMIE, and The Pennsylvania Sinfonia Orchestra. She sings as a professional chorister with Skylark Ensemble, Apollo's Fire, Kinnara Ensemble, Bach Vespers at Holy Trinity, and St. Tikhon's Choir, among others.

Fiona is a co-founder and manager of the band The Chivalrous Crickets, which explores the crossover between English, Celtic, and Old Time American folk music with music of the Renaissance and Baroque, as well as writing many original songs and tunes. The group, comprised of both folk and early music specialists, performs around the United States, and recently made their (virtual) European debut with the Derby Folk Festival in the UK. They have released two recording projects, an EP and Pavorreal Sessions, and are working on a Christmas album to be released December 2021. Fiona also performs frequently in Baroque-Folk crossover duo, Disordering the Attic, with Paul Holmes Morton in recitals, house shows, and virtual events. 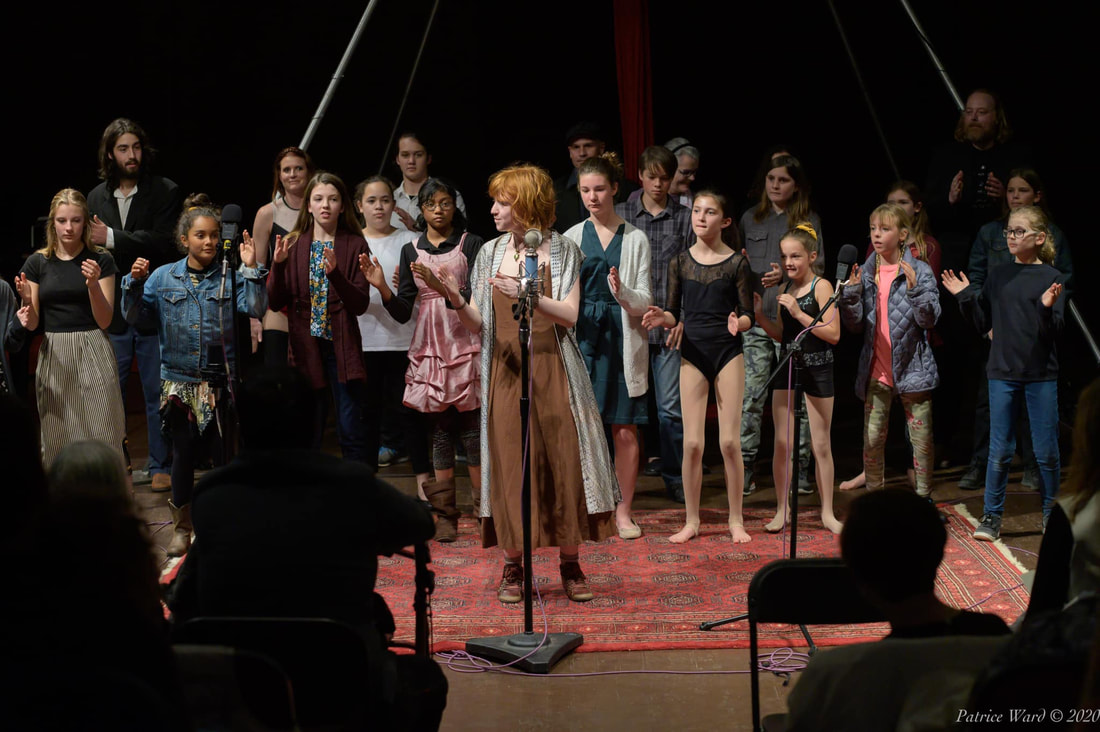